The most weight a Spydercrane can lift is... 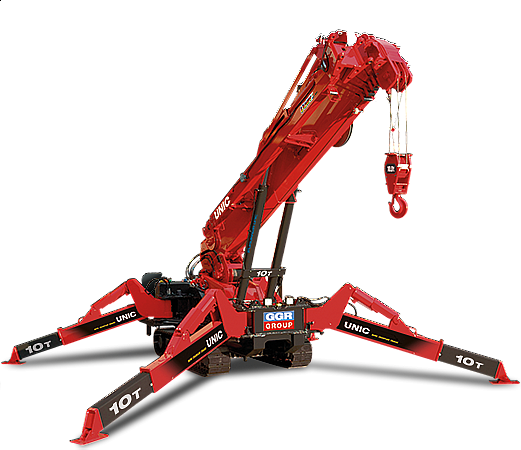 The most weight? It’s about 10 tons, give or take.

”Wait? 10 TONS? It doesn’t say that on the product pages of your site?”

The URW-1006 is so new, that at the time of this writing, it isn’t yet available in the US. Plans are being made to bring the crane into the country by the end of 2015. We are starting up a waiting list for those who would like to use the 10-ton lifting behemoth when it makes its way into the country. If you would like to be on the waiting list and become the first to be notified when the URW-1006 is stateside, please let us know.

”In the meantime, is there anything that lifts nearly as much as the URW-1006?”

The next closest thing we have on the list would be the URW-706. It’s the current heavy-hauler on Spydercrane’s line. The URW-706’s maximum lifting capacity is 13,330 lbs. @ 9.8 ft., making it a respectable 6 and a half tons of lifting power.

The URW-706 has a minimum working radius of 1.7 ft., fits through a double door and can run on either electric or diesel/electric.

The URW-706 is a staple and is available today. If you are looking for a good substitute to tide you over until the 1006 is available, check out the URW-706 today.