Building new frontiers for Spydercrane in the Frontier State 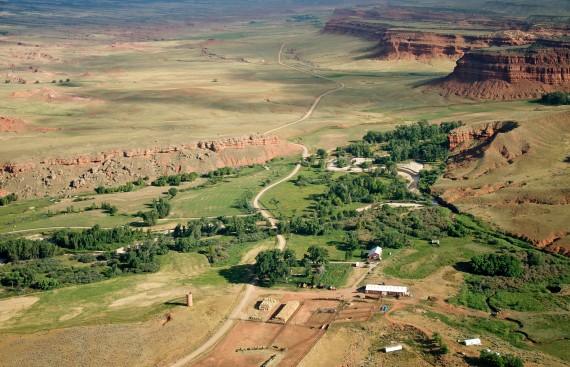 They call Cheyenne, Wyoming, “the magic city of the plains.” It’s always been a place where folks try to make dreams come true. Whether they were rolling in on Hell on Wheels, looking for frontier fortunes on the railroad, or seeking to plant roots in a natural, picturesque home along the South Platte River, Wyoming has been the place for those who love wide open spaces. 10th biggest state in square footage, 2nd lead dense area, there’s an acre or two here for everyone.

If our Spydercranes could talk, they would be able to testify to it.

The business economy in Wyoming.

It’s the 354th biggest population in the country, and though that doesn’t sound like much, it’s what the economy is about that makes construction a benefit. The Wyoming economy is primarily fueled upon government work, but resources and utilities are also found in plentiful supplies.

The Hell on Wheels left behind a couple great railroads - the Union Pacific and their rival, the Burlington Northern Santa Fe. Not to blow hot air, but the state’s many elevated peaks makes a prime location for wind power generation. And if that doesn’t generate our interest, nothing will.

From Yellowstone to Thunder Basin, Bighorn to, of course, Cheyenne, the need for mini crawler cranes are as diverse as the state.

picture source: wikipedia.com. For use according to creative commons setting in Google image search