Inside the URW 706: The Baritone of Spydercranes 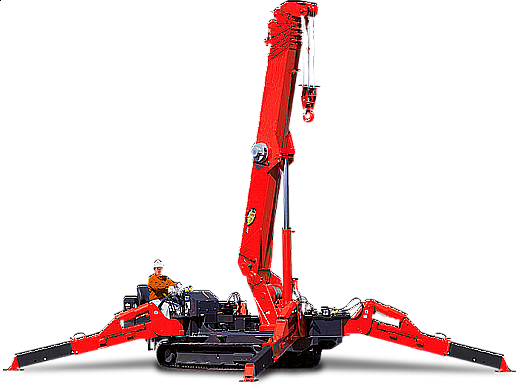 If this was music, the URW 706 Spydercrane would be considered a Baritone. If we were playing baseball, it would bat in the 3-hole. Whatever your walk of life, you would recognize the URW 706 as not the heaviest of hitters, but big enough to definitely be in the club and equally valuable because of its mobility at its size.

Let's take a little deeper look into the size, strength, and usability of the versatile, multipurpose Spydercrane.

The URW 706: formerly known as the Big 'Dawg

When we started out in the Spydercrane business, the URW 706 was as big as it got. It was the Alpha mini crawler crane. And it stayed that way for more than few years until the recent announcement of the larger-than-life URW 1006. At first, the URW 1006 felt like the super-sized Spinosaurus in Jurassic Park III (the one who was bigger than the T-Rex). For a while, it didn't feel real and one began to feel for the T-Rex. Then, over time we got used to the reality that the world changed.

Over time, we learned that the change was actually a good thing for both cranes.

When you get used to the superlative of a machine, you have a tendency to forget it can do other things aside from its advantage. For example, it's like in baseball when you get so used to the power of a 5-tool player, that you can forget the same player can also bunt and run for base hits as well. In the case of the URW 706, in the office, we had a tendency to forget how compact it could get to travel, how well it could maneuver and contort its frame for odd jobs, and how easy it actually was to take care of.

Because of its size, we could overlook its eco-friendly capabilities in the diesel/electric version. This feature truly made the 706 a "green" machine that reduces your carbon footprint. Ease the workload and ease the mind.

It's powerful, graceful, and ready to work.

If you're looking for a mini crawler crane with a little extra umph, look into the URW 706. Not only will its strength impress you, but its versatility provides a diverse tool for several jobs.