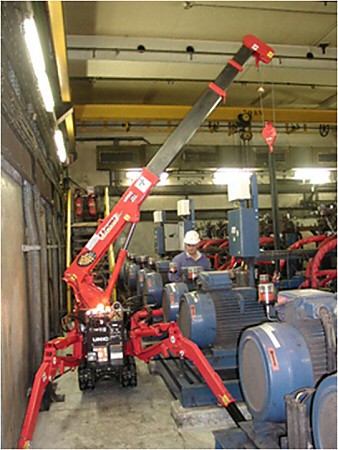 We have a tendency to judge success at Great Lakes Lifting by the landscapes our Spydercranes have been able to see. They’ve been from coast to coast, literally. And all the coasts in between - when counting the Gulf Coast and the Third Coast (Lake Michigan - Chicago). When the Spydercrane’s parent company is factored in, then it’s easy to say that they’ve literally seen the world.

Our cranes have been heigh enough to watch the sun go down later than anyone else in the vicinity on several occasions.

When customers ask if the Spydercrane mini crawler crane is safe, we can say with confidence that, “yes, it’s safe when you want to take it to the highest heights.”

Each Spydercrane’s metrics are slightly different, but each crane has been tested to uphold the highest standards of safety.

That’s also why the “legs” were made

Contact us today to learn how to get a leg up on the competition.